Changing a Will Just Before Death: Tips for Executors and Beneficiaries 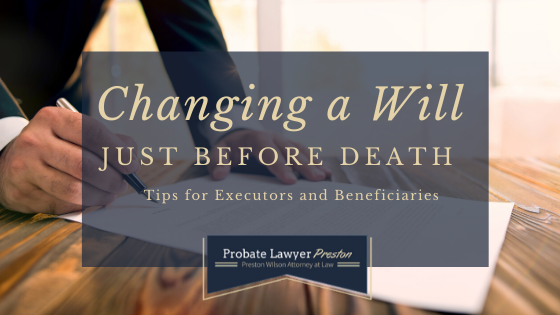 Changing a will just before death happens more often than you might think. A lot of questions can arise when a person chooses to change their Will in their last moments of life. You may want to know if the changes are valid and what they mean to the executor and beneficiaries involved. “Deathbed” Wills are often just as valid as any other.

Are the Changes Valid?

Was the inheritance you were expecting suddenly changed? As an executor, will you be required to enforce the changes or are you free to act according to the previous version? If the changes are valid, then executors and beneficiaries alike must abide by the new version.

To change a Will, the old Will must be revoked. This can be done by including a statement in the new Will. It must state that all previous versions of the Will are now invalid.

Wills can also be changed by adding an amendment, called a codicil. These allow portions of the Will to be revoked and additions

For changes to a Will to be valid, they must be signed, dated, and witnessed.

What If the Deceased Was Not in Sound Mind?

There’s nothing like impending death to cause emotional reactions. It’s not surprising when a beneficiary or executor suspects that any changes made weren’t done soberly. Even a person with dementia may have the wherewithal to make valid changes to his or her Will. It all depends on whether the person had testamentary capacity.

Testamentary capacity means that the person can understand the implications of the changes being made. Anyone who suspects that the deceased did not have this capacity when the Will was changed would have to file a Will contest to get the changes invalidated. They would have the burden of proving that there is just cause for suspicion and further investigation.

It happens that some beneficiaries, and even executors, are shocked at the reading of the Will. What they thought it said and what they hear at the reading are two different things. Still, even in the last moments of life, a person might make valid changes to his or her Will. 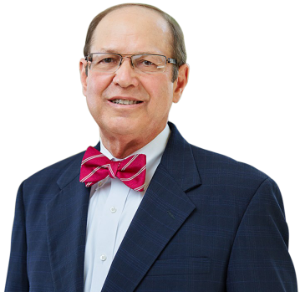 Hold on! Be sure to stay informed. Sign up for my latest insights on how to handle probate.

Probate can be a lengthy and stressful process but I'm passionate about simplifying and shortening it for as many people as I can. Let my probate tips and insights help you have more guidance.